Step by step guide to becoming a venture philanthropy organization 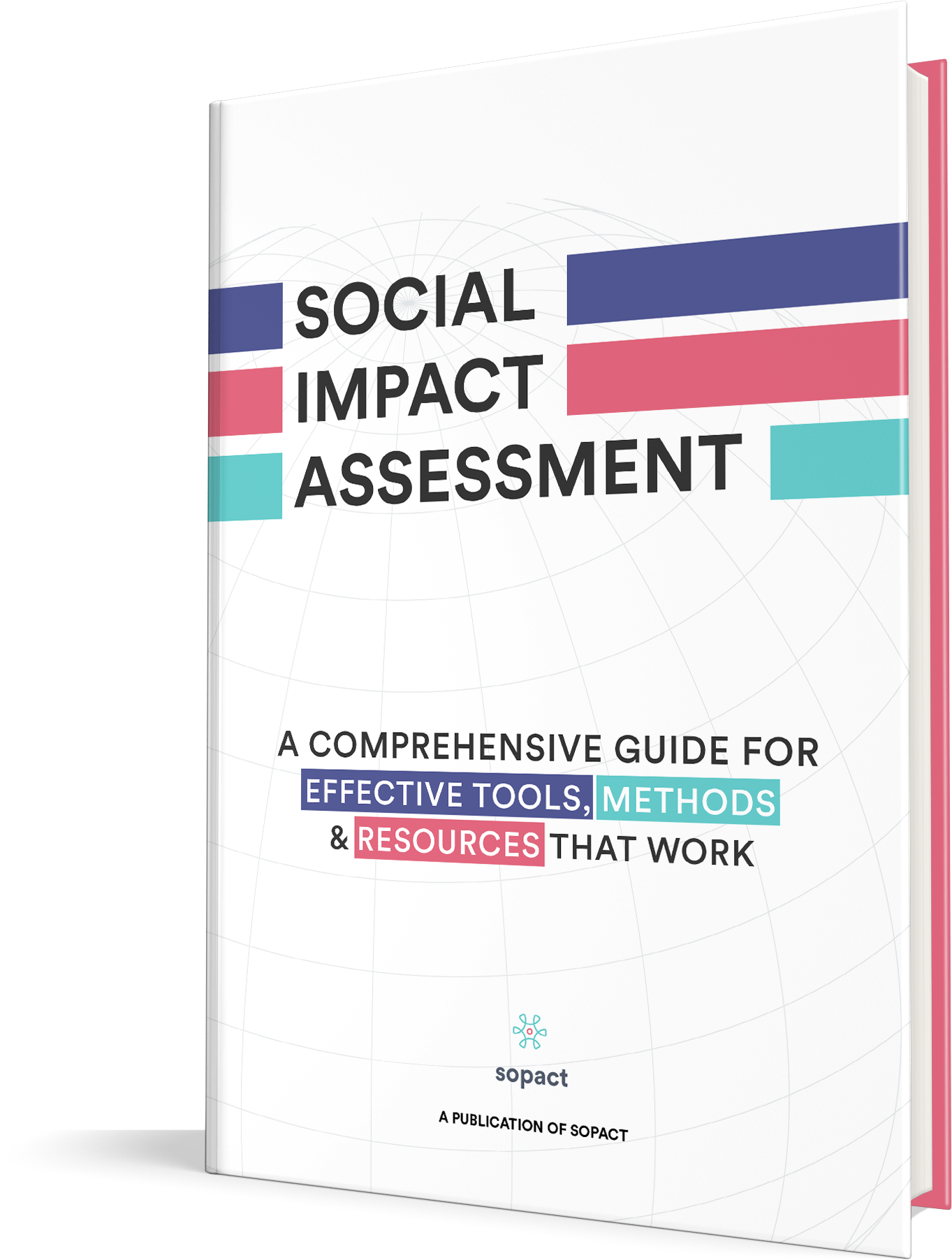 What is Venture Philanthrophy

Venture philanthropy refers to a type of high-engagement impact investing which incorporates elements of traditional investing, venture capital, and general business strategies. Decisions remain driven by a philanthropic mission, with a more rigorous focus on measuring and managing impact results (as opposed to focusing on size of a grant or input-like indicators).

Venture philanthropy is sometimes referred to as:

As we can see in this diagram from the European Venture Philanthropy Association, there is a significant range in approaches under the umbrella of the general term. Give these varied approaches it can be difficult to define in absolute terms. However, there have been efforts to identify some of the shared characteristics of the field, such as this report by the Rockefeller Foundation. The follow are some of the common elements they identified (although each element is not necessarily found in every venture philanthropy initiative):

Who is involved in Venture Philanthropy?

As the above graphic from the EVPA shows, venture philanthropy can offer innovative benefits to a wide variety of stakeholders, public and private. Often, these distinct stakeholders work together to help achieve shared impact goals.

For example, some years ago the UK's first venture philanthropy fund, Impetus, partnered with a foundation (Charities Aid Foundation to help catalyze growth in Naz Project London (NPL), a local initiative, through a co-investment deal and structured engagement with the NPL. You can read the case study here.

It is worth noting that while there exist varying frameworks for the implementation of venture philanthropy, most tend to be a hybrid of the existing frameworks.

Performance Evaluation Based on Metrics

One way to build impact accountability -- a key feature of venture philanthropy -- into an agreement is to use a Social Return on Investment (SROI) approach. Used by organizations such as the Robert Enterprise Development Fund (REDF).

By assigning monetary values to the impact generated by an investee, it becomes much easier to assess the performance of an investment. In addition, the rigorous SROI process encourages an evaluative approach in which well-performing interventions can be further grown and under-performing areas re-assessed.

This model is, just as it sounds, characterized by a close relationship between the venture philanthropy organization and its capital recipients. Often, the venture philanthropy organization has its own growth methodology which it helps its recipients implement. A board seat is sometimes also part of the equation, for more frequent oversight and to ease a more hands-on approach.

New Profit is one example of a venture philanthropy organization that takes such an approach. They actively support service delivery of their recipients' work, focusing on education, economic empowerment, early childhood development, and public health impact areas. To date, they have invested in a high-engagement way in over 500 organizations.

The essence of this model relies on pooling funds together, whether those funds are pooled by high net worth individuals or a group of organizations, or both. This pool of funders makes decisions on where and how to allocate that capital.

Social Venture Partners (SVP), founded in 1997, is one well-known examples of such an approach. Partner affiliates of SVP, of which there are 40+ today, also play a role in the capacity building side of venture philanthropy, while the central office of SVP conducts trainings on topics like venture philanthropy itself.

As mentioned at the outset of this section, venture philanthropy doesn't have to be just one thing. Some organizations take a hybrid approach to their strategy. This could mean leveraging both a non profit 501(c)3 structure and a for-profit LLC structure to facilitate the support of both such types of entities. Omidyar Network is one of the most well known organizations that has adopted this approach.

The Importance of Venture Philanthropy

The capital market for impact-driven enterprises is not as refined as the market for traditional commercial entities, especially in cases where there is a high expectation of an impact return on the part of the funder.

Toniic is one of the leading impact investor organizations in the world, promoting the understanding and strengthening of the ecosystem. In this report they outline the state of the field of impact investing and venture philanthropy, highlighting its importance for social enterprises in need of early-stage risk capital and capacity building support.

Founded in 2004, the EVPA is one of the foremost players in Europe and the world in the field of venture philanthropy. They have nearly 300 member community worldwide which helps them achieve their mission of maximizing societal impact through increased collaboration and know-how in the field of venture philanthropy. Their website also boasts an extensive repository of resources, tools, reports, and other resources.

Focused regionally on the Greater Washington Area and on improving lives of children, Venture Philanthropy Partners takes a high engagement approach with its investees.

Their strategy involves four stages: partner identification, engagement, investment, and advising. You can learn more about their approach here and their investments here.

LGT is an independent charitable foundation that works with organizations who are directly contributing to the achievement of the SDGs. In addition to providing capital, they work with investees to support their growth and viability.

Each organization in their portfolio much meet rigorous criteria, including mission-alignment and readiness to scale. You can read more about their investment criteria here.

How do you become Impact First 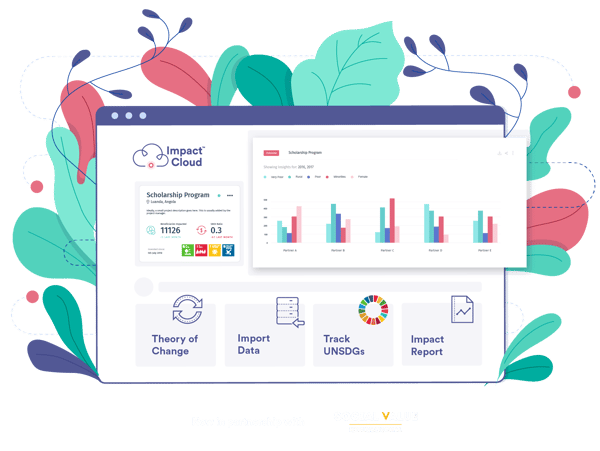 Key to the success of any venture philanthropy effort is the ability to manage the immense amounts of data that flow back and forth between stakeholders, from beneficiaries, to investees, to the funders themselves.

Impact accountability means not only being able to put in place and agree on an impact measurement plan, it means being able to implement it in an effective and efficient way. Sopact's cloud-based impact data management platform can help plays in this ecosystem manage their data easily and for better results.

From defining a Theory of Change to identifying metrics, analyzing data, and reporting on it, all in one place, the Impact Manager can help scale the impact data management capacity of any organization. Because the venture philanthropy sector tends to be highly collaborative, it is a highly targeted solution for all sector stakeholders. Click below to get in touch with our team of impact experts to start scaling your impact strategy.

It used to be that wealthy donors were happy sending an annual check, trusting in charitable organizations to use funds effectively. Now they want to be more involved and more targeted in their giving. Many of them use family office services. Family offices are private wealth management advisory firms that serve ultra-high net worth families.

Increased wealth: Over the past 30 years, the wealth within the Forbes top 400 has increased from $125 billion to $2.29 trillion today. According to The Forbes, there are ~2,208 billionaires, collectively worth $9.1 trillion. Among them are 259 newcomers who made their fortunes in everything from wedding dresses to children’s toys to electric cars. Now what is the impact of these new wealth owners on the impact investment space? And, who is driving the change?

There are two main currents Generation and Gender.

Generation: Younger wealth holders are more socially and environmentally conscious. According to the 2014 Deloitte Millennial survey, nearly 30% of Millennials believe the number one priority of business should be to improve society. They believed business can do more to address society’s challenges of resource scarcity (56%), climate change (55%) and income inequality (49%). Nearly 40% of GenX/Y millionaires give more than $30,000 annually to charity versus 6% of the baby boomers.

It is estimated that 98% of the time when the next generation inherits wealth, he or she switches advisers. • Among the ultra-high-net-worth individuals, a growing percentage are women. by 2030 roughly two-thirds of private wealth in the US will be held by women. Attitude towards investing among female advisers: Female advisers report to be more interested than their male counterparts in using sustainable investing funds by a margin of 59% to 34%.

Social impact measurement and communication on behalf of donors is a tool to drive engagement with philanthropists, encouraging recurring donations. This practice is a nurturing one - when donors see tangible changes brought about by their participation, it increases their desire for continued charitable giving. Think of it as planting a seed and nurturing it to grow into a great tree that keeps on giving.

Donor Advised Funds hold the potential for strategically planned impact on local communities. This impact is the product of thoughtful financial advice, alignment with donors' missions, leveraging resources such as Guidestar, and targeted giving practices.

But if someone were to ask your Donor Advised Fund, what is your impact? or how can you get more donors engaged in the process? - would your answer be able to go beyond general output analysis?

A general output analysis simply looks at things like the number of activities performed or perhaps the number of beneficiaries interacted with during a program. For example, let's say an intervention provides better access to drinking water for a local community through an innovative water filter solution. Number of filters delivered last year would be an output of activities.  But it does not describe impact.

Impact in this example could be indicated by tracking rate at which water-borne disease was reduced, comparing against baseline or benchmark data to demonstrate such progress.

How can Donor Advised Funds show deeper impact demonstration? They need to better manage processes they use to acquire impact data so that it can be leveraged to communicate impact has been and will continue to be created. Ideally, stakeholders at every level should be able to access, understand, and learn from those data. In sort, the leveraging of technology can help in impact assessment and communication Impact management tools like Impact Cloud can do just that, enabling users to

By effectively sharing impact data with high impact philanthropists, funds can improve their engagement, driving recurring donations. Not only that, but as major participants in funneling funding within communities, impact tracking and engaged philanthropists can collaborate towards building better communities. Because in the end, building better communities (in other words, creating an enduring impact) is what players in this sector aim to be doing. 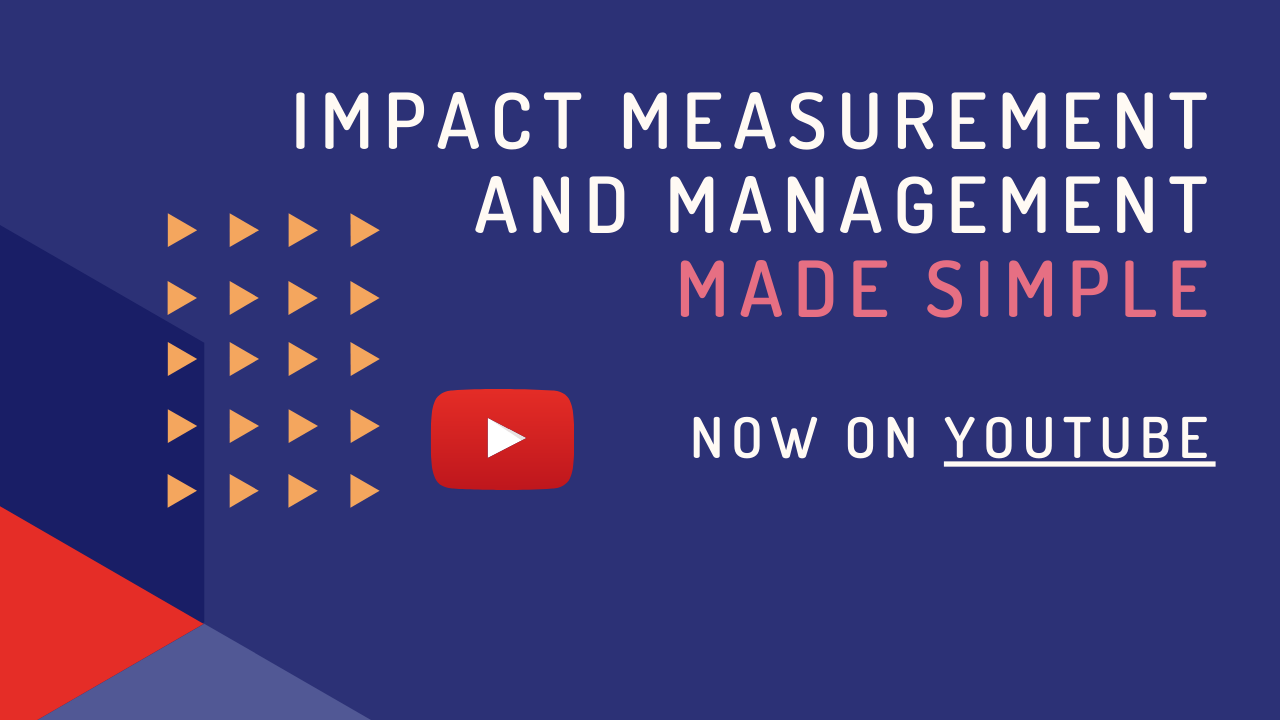 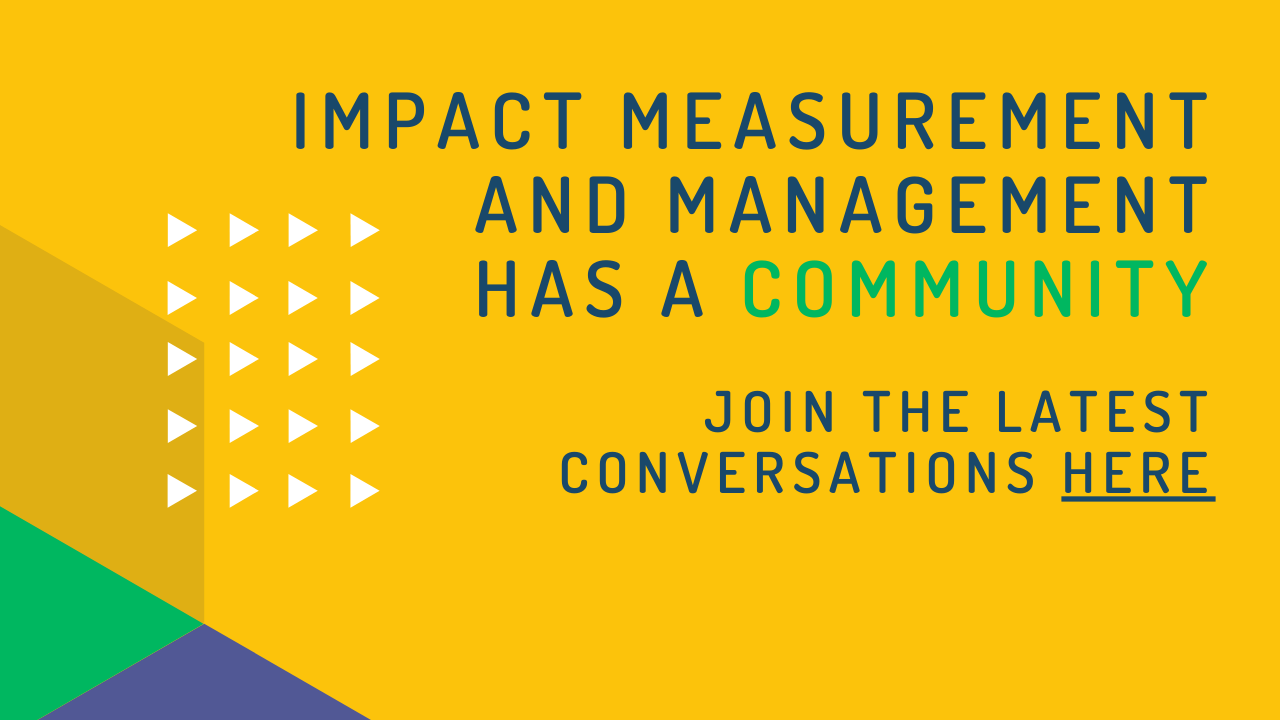 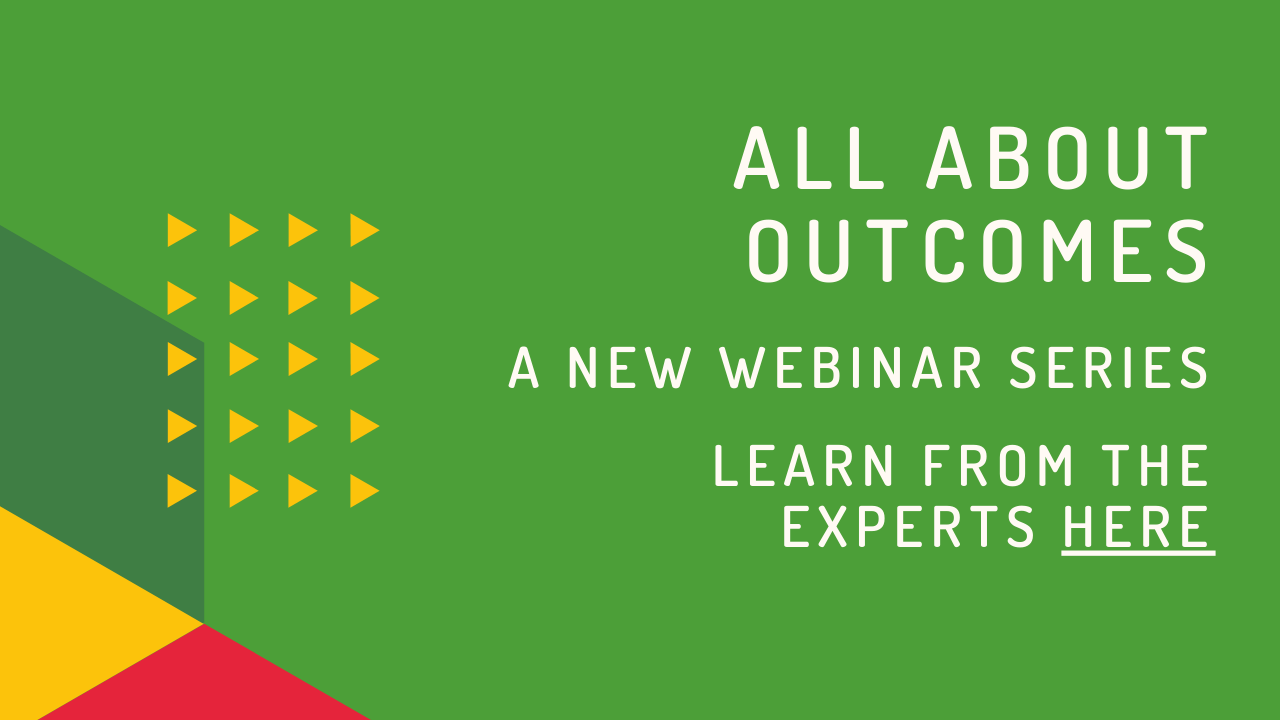