The climate philanthropy is one of many global mechanisms to fund climate change solutions more rapidly and effectively. And yet, historically, it is estimated that only about 2% of global philanthropic funding is used for climate-related initiatives.

Considering that a group of the world’s top scientists recently issued (again) a dire warning about the need to accelerate our fight against climate change, foundations should be more poised to step in and mobilize their resources towards this urgent global problem.

Of particular interest to Sopact is the role that foundations can play in improving not just how much capital is directed towards climate solutions, but that it is done in an effective manner.

We’ll focus this blog on the different ways that foundations can tackle the issue, but first let’s examine the current situation -- the foundation funding gap for climate action.

Read More: What You Should Know About SDG Trackers?

What do the Foundations Fund?

So where does all the money go? And why don’t more foundations direct their funding to the most pressing issue of our time? As with many macro-level questions, the answer is a complex one and probably doesn’t have one definitive answer. But we can start by looking at the breakdown of foundation funding using the Sustainable Development Goals as a way to frame it.

Those two largest areas of funding are Goals 3 & 4, Health and Education, and as you can see they command by far the largest share of foundation resources. The arrow in the image above points out the minuscule amount allocated to Climate Action.

It is worth noting that that Climate Action grant total is actually over $600 million. That’s a significant amount of money in almost any scenario but relative to what is needed to combat climate change, it falls well short.

Perhaps it’s the increasing urgency of the moment or the fact that these disproportionate allocation numbers are more glaring year after year, but a group of foundations recently made waves with the announcement that they are going to do something about it.

In what is being called the “largest climate-related philanthropic commitment ever made,” a group of 29 foundations from around the world recently made a collective $4 billion declaration of spending over the next five years to help combat climate change.

The commitment was finalized and made public at the Global Climate Action Summit in San Francisco in September of this year. Some of the foundations that participated include the IKEA Foundation, Bloomberg Philanthropies, and the Catherine T. MacArthur Foundation.

This action represents a significant shift in the mentality of a sector which, as we have discussed, hadn’t positioned itself as a major force in the fight against climate change.

This now invites the question: in what ways can these foundations and others contribute to climate change solutions? Let’s take a look at three strategies.

Read More: Understanding Social Impact Investment from A to Z

How Foundations Can Combat Climate Change

We can first break down the two primary approaches to the climate change issue: mitigation and adaptation.

The former strategy seeks to change the course of climate change (e.g. reduce carbon emissions to slow it down) -- it is forward-looking. The latter tackles climate change in the here and now, seeking strategies to reduce the negative effects of climate change experienced by communities around the world. Foundations can, of course, adopt either strategy or a mix of the two. Whichever the focus a foundation seeks to employ, the following are three ways that any foundation can step up to the plate as a climate warrior.

A topic discussed in a previous blog, foundations are well-poised to make impact investments in the thematic or regional areas that they represent. It sounds simple, but they know their communities. They’re familiar with the nuances of that context. They probably know best how those communities need to, or already are, fighting climate change.

This could mean investing in businesses with authentic sustainability practices. Or financing restoration projects. The options are many, and are context-dependent. Whether the approach is mitigation or adaptation, impact investing or impact philanthropy, mobilizing capital in target communities holds the potential to bring us closer to climate balance.

Read More: How Ventures can Raise Capital through a Strong Impact Management Process

It’s not the most interesting or most sexy approach but it is needed. Think about those 29 foundations that made the spending commitment. Just the fact that it happened and it’s getting play in the news is a big step towards awareness-building in the philanthropy world.

Some foundations also work on a policy level to promote climate-friendly regulations at all levels of government. Others work to give more visibility to the consequences of climate change. The point is that there are many ways to attack this problem, and building awareness is a key component to that process.

Moving the needle on the climate change clock is like stopping a boulder from rolling down a hill. It will take a lot of effort to slow down that inertia. Businesses have an enormous opportunity to be a part of shifting the momentum. Many have not assumed that responsibility.

To help them feel more inclined to make that change investors and foundations alike have a powerful tool: divest.

Many foundations sit on huge endowments. Refining the investment strategies of that capital through a climate-friendly lens isn’t just about aligning ethos with action, it’s also about spurring investees to also make those strategic changes. Thus the ripple effect expands.

Massive funds like Blackrock have already made sector-shifting public declarations about responsible investments. There is no reason why foundations cannot do the same.

How to Calculate Social Return On Investment (SROI) - Part 1

Understanding How to Wield Social Return on Investment (Part II)

It’s clear there is a way forward to a future where climate change isn’t the global threat that it is today. What’s required is collective action across the globe, and across sectors, to fund the right climate change solutions.

Foundations to date have not played a large role in this fight. With the coalitions forming around the world that is slowly changing. But as the effects of global warming accelerate, foundations must do more. And they are capable of more.

A livable planet now and in the future will be one in which foundations have done their part to curb climate change.

Mat King, Vidyard’s Video Production Manager, delves into the essential things you need to know about how to videos: What they are and how to create one that teaches your audience what they want to learn. Along with Vidyard’s Creative Director, Blake Smith, Mat also breaks down a real tutorial video to examine what makes it work.

Alan is a social sector consultant and one of the founding directors of Quantica Education, a school of social entrepreneurship in Colombia.

We want to make learning about Impact management and measurement easy and interesting for you! 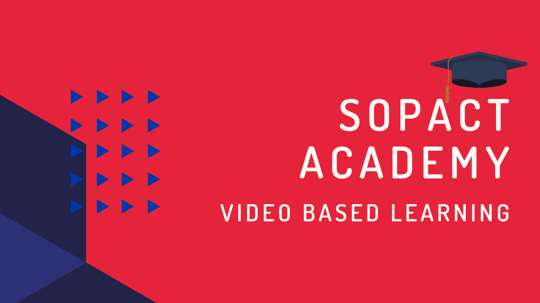 Drop-in your email to never miss an update from us

We promise we will never spam you.

How to Avoid SDG Washing?

Are you a business with a vision to drive social impact through sustainable development goals? Did you hear that achievi...

Aligning Your Small Business With The UN Sustainable Development Goals

The UN Sustainable Development Goals (SDGs) are ostensibly a vision. They’re a shared framework for a path to a better w...

Interested in learning more about our services? Our Impact Executives take the time to discuss your existing program and help you make smart decisions that best meet your needs.